My collection as it stands and plans for the future.

I sold off most of my Italian Wars collection a while ago because it was more for the 1494-1505 period and I am more partial to the 1520s- Pavia etc.
So I have restarted the collection looking for a more puffy shirt style! :)

What I plan is a quasi-imaginations Italian Wars in the 1520s. The antagonists will only be referred to as "The French King" , "The Emperor", "The Spanish King" and "The Warrior Pope"....you get the idea.

I am using the Pike and Shotte rulesets and the plan is to use 24 figure units for pikes, 12 figures for Heavy infantry like halberds and sword and buckler men, 8-10 figures for missile troops and 6 figures for cavalry units.
Thus far I have a unit of Landsknecht done with two units on their way to be painted soon. I am using Artizan, Foundry and ProGloria figures for these guys and I have a foundry unit to start with.
I have 3 units of Stradiots using the Perry figures. These are based with a mix of weapons as in P&S I can rate them with a missile number and a melee number so mixing them is more historical I feel as I doubt we had the 1st Royal Stradiot Lancers or the Royal Stradiot Mounted Crossbows :) Stradiots being very much light cavalry marauders would have been armed however they like.
Of course my other unit i have at the moment is the Swiss Guard- no Pope would leave home without them!
Here are some photos- i rebased the Warrior Pope and he now has a mounted flag bearer as well as 2 Swiss Guardsmen and his faithful hound whom he calls "Borgia".:) Note the Coat of arms which follows the conventions for Papal crests. It has the cross Keys which are St Peters symbols. the papal crown and the Heradlry of the Della Rovere family the golden oak on the blue field (Julius II's original name was Giuliano Della Rovere and this is his actually Papal symbol)

Landsknecht- painted by myself

Landsknecht Commander- painted by The Cardinal

Stradiots- painted by the Cardinal

The Warrior Pope Himself

Here are some piccies of the Warrior Pope himself......I have actually just rebased him and will take some new photos and post them.

And his Swiss Guard

Ok so its been along time....but i thought i couldnt let this one slip away....so where am I as far as Italian Wars goes....I have sold off a large chunk of my stuff that was really 1495-1505 and I have decided to expand now with later Italian Wars in mind so loads of Landsknecht and puffy clothes.....today I have ordered a unit of Progloria Landsknecht  http://www.progloria.de/
When they come in I shall review them.
I have also just sent a unit of Artizans Swiss down to the good Cardinal for him to paint.

My plan is to collect a few Landsknecht and Swiss units and then some Spanish, French and Italian style pike later.

Some photos from a game at the club

Why the Italian Wars?

So why the Italian Wars?
Up until now I have pretty much been a Napoleonic gamer with brief forays into other periods. During one of these said forays I got ineterested in Italian Condottiere and did some searching on The Miniatures Page.
During this i discovered some threads on the Italian Wars and through them links to some web pages. When i saw the colour and gorgeous models i was hooked.
These three sites are primarily my inspiration for the period;
http://stuartsworkbench.blogspot.com/
http://olicanalad.blogspot.com/
http://warcabinet.blogspot.com/p/italian-wars.html

So I had a new interest but it went on the back burner until I had a good read of James Roach's Pike and Plunder campaign rules.
http://pikeandplunder.vexillia.ltd.uk/

I read them and it mention a Warrior Pope, this peaked my curiousity. While being a non religiuos type myself i have always enjoyed the history of the Catholic Church and its rituals etc. So looked further into it and discovered there really was a Warrior Pope who lead armies into battle and his name was Julius II
http://en.wikipedia.org/wiki/Pope_Julius_II

I dont know why but i have always liked the idea of Holy Warriors, I love the idea of Warrior priests in Warhammer and always loved the Templars and Hospitallers as warrior monks. Not to mention the Buddhist warrior monks of Japan. Needless to say this was right up my alley so i began in my obsessive compulsive way to read whatever i could get my hands on about Julius and soon fell in love with the period 1490-1513.

The Borgias, Julius II, Gonsalvo, Emperor Maximilian, Louis XII of France and Henry VIII. What colour!
It was about now that also discovered Stuarts army for Henry VIII and the absolutely gorgeous figure he had done of him.
http://stuartsworkbench.blogspot.com/2010/01/current-project.html

I had been actually looking at doing the War of the Roses (which I still will do at some point!) but now I was completely sold on the early Renaissance and began collecting and painting as well as getting the good Cardinal to paint vast reams of figures.
http://thecardinalspaintingblog.blogspot.com/2010/11/painting-service-details.html

8 months later and I am at the point i am now. I am also working on my own version of Henry VIII as a strapping 22 year old like Stuart's for the 1513 invasion of France. Plus a unit of Yeoman of the Guard.
I am pinching all of Stuarts ideas and some of his banners! Thanks mate!
Posted by Field Marshal at 9:32 AM 1 comment:

Posted by Field Marshal at 8:43 AM No comments:

I am a big fan of the Black Powder rules. I like simplicity in a rules set. I like to play the game and not the rules. Having said that I like some granularity to rules, i like to feel like my unit is different etc and i have favourite units. Unit rules in BP are good for this. So here are my amendments. A note on the last three points. I play at a club where they like casualty removal and no markers on the field of play so this amendment is to make it more attractive to them. When playing others who dont mind the BP rules as is I remove the last three points and use the Stamina etc as normal.
Keep in mind this is a work in progress and i am well and truly open to ideas and changes!
The ranges are at 66% of normal BP ranges as we use this ratio to use a smaller table!
I give the generals quite low command ratings like 6 and 7 to reflect the fact that in this period there wasnt the command and control of later periods. I will post up my Papal army sheet later as an example.

Princes, Pope and pikes- a Black Powder Variant
All rules as per Black Powder with following exceptions.
Posted by Field Marshal at 8:23 AM 3 comments: 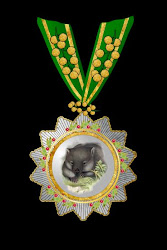